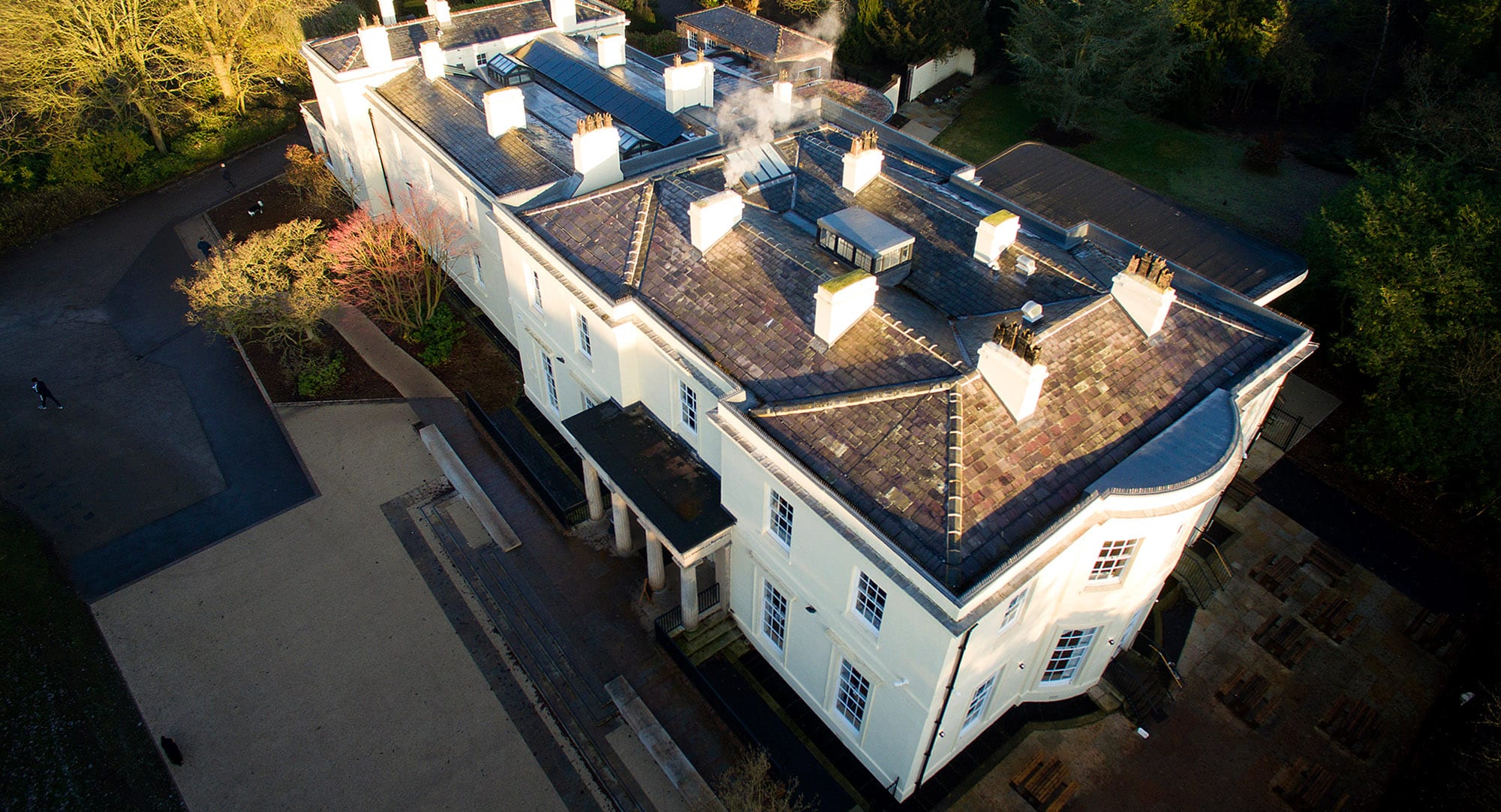 Set in Liverpool’s Calderstones Park, the Calderstones Mansion is a three-floor Grade II listed Georgian building, constructed in 1824, with a separate stable yard and coach house. In 1875, the house and estate were purchased by the McIver family, owners of the Cunard Line.

The family bequeathed the grounds to the city of Liverpool as a public park in 1902 and in the 1940s the mansion house itself became council offices, falling gradually into disrepair. In 2013, The Reader, a national charity dedicated to improving literacy, was given a 125-year lease to use the house and associated buildings for educational events and activities, winning Heritage Lottery funding for a complete renovation and re-development.

For this high-profile project, which began in 2017, Complete Roofing Systems was hired by the main contractor, John Turner Construction Group, to completely strip and re-slate the mansion house, waterproof the existing gutters and install new downpipes. Other works included the installation of a green roof and a felt system to other buildings.

The stripping and reinstallation of the Welsh Blue Grey random slates in diminishing courses, required meticulous approach from our team. The entire existing roof covering had to be stripped to allow for a full timber inspection, with almost 50% lowered to ground level to avoid undue loading of the scaffold; plus all had to be cleaned, sorted and graded. With only around 50% of the original slates salvageable, it was essential that we found matching replacements. The client wanted a uniform colour to the front elevation and our team successfully managed to source closely matching second-hand slates from a reclamation yard.

The roof was re-covered, according to BS 5534:2014+A2:2018 ‘Slating and tiling for pitched roofs and vertical cladding. Code of practice’.

Since heritage works are exempt from the requirement for mechanical fixings, the slates bedded using lime mortar in accordance with NFRC Technical Bulletin ‘TB42 Lime Mortar for Roofwork’. 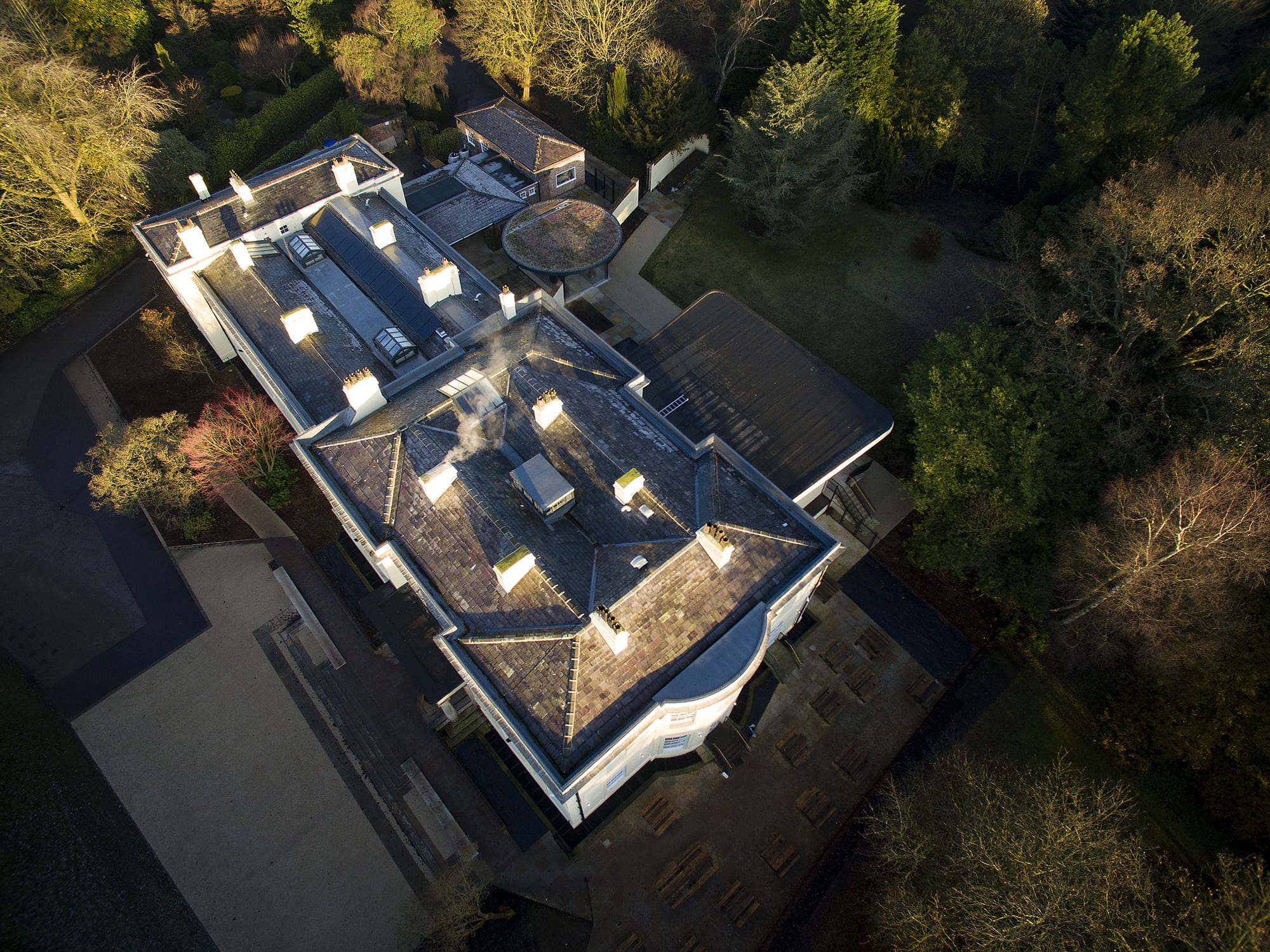 As with all our projects, we made safety a priority and our operatives were given a comprehensive toolbox talk at the start of the project. A dedicated Safety Officer also visited the site to carry out safety audits. 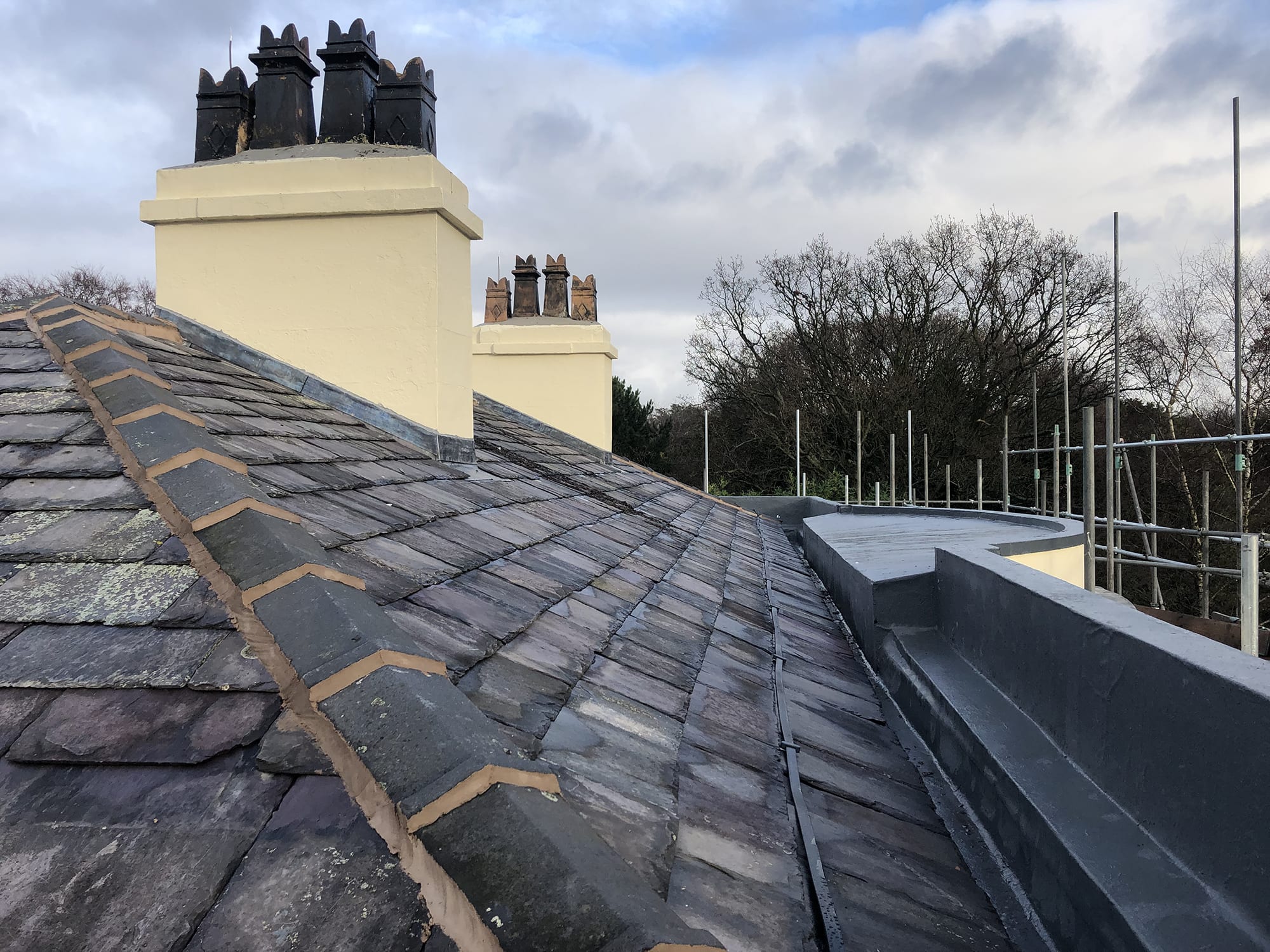 The refurbishment involved the replacement of all elements of the existing 985m2 of roof coverings, including battens, underlay and flashings. In total almost 100 tonnes of slates were stripped, cleaned and stored, with 450m2 of reclaimed slates being used, which had to be loaded to roof level and distributed over the various roofs.

The mansion house had two Georgian wire-glazed lantern rooflights which also had to be carefully removed for modern replacements, in keeping with the building’s aesthetics. Our team also waterproofed all the existing gutters with TOR liquid coatings and installed cast aluminium downpipes.

To the rear of the building, we applied a new torch on felt system to the theatre. We also erected a purpose-built circular structure to the house, which comprised a boarded roof with Armourplan membrane and a green roof and curved fascia to the perimeter.

We were already working within a tight construction programme, made more challenging due to the poor state of the roof structure, which meant the site team was tasked with completely stripping all elements of the roof within two weeks to enable detailed structural survey and repairs over a two-month period.

Our team then had to reinstate the entire roof covering, alongside other trades. This required careful project management and a collaborative approach with the main contractor to ensure the roofing project was completed on time and to budget, while ensuring it met the client’s expectations for a beautiful heritage roof.

Do you have a complex job that requires careful management and specialist expertise? Visit our leadwork and slating pages. 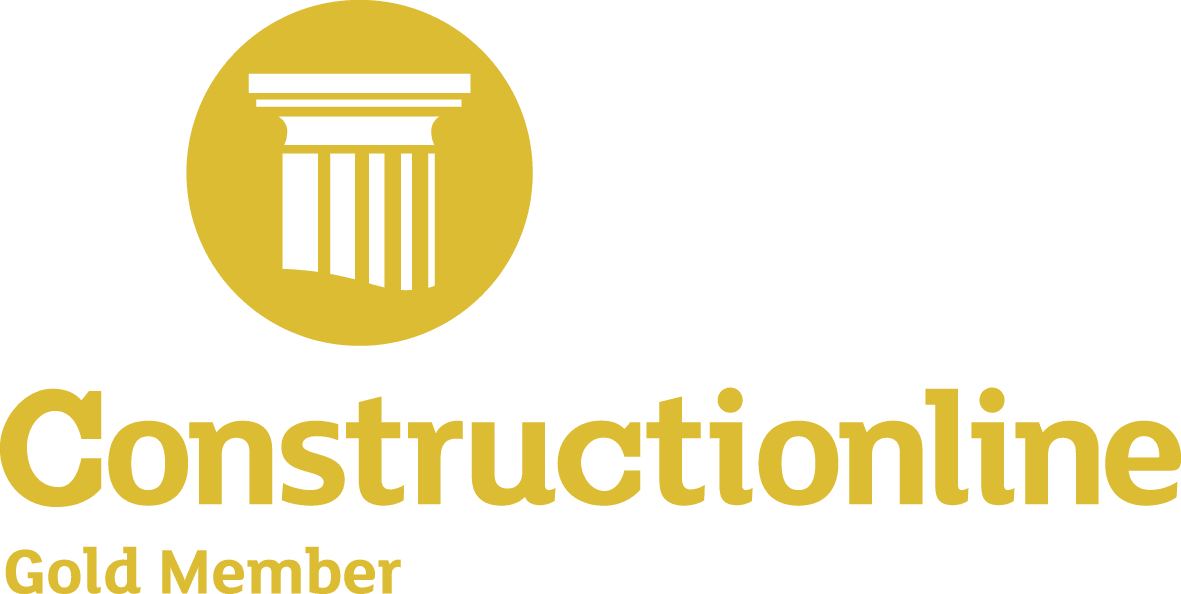 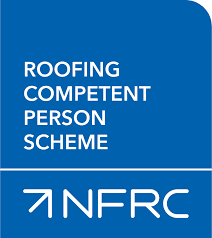 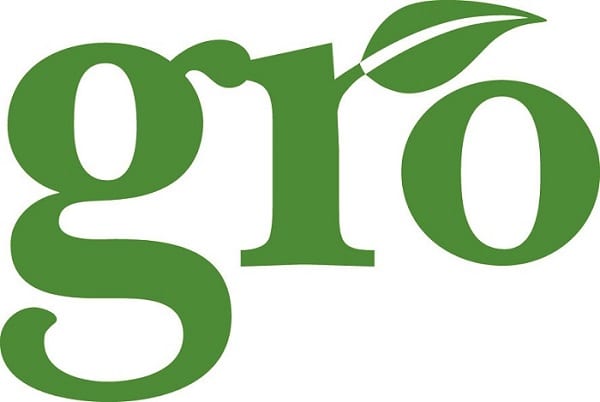 Please fill out the form below and a member of our team will be in touch.

Sign up for industry insights straight to your inbox

This website uses cookies to improve your experience while you navigate through the website. Out of these cookies, the cookies that are categorized as necessary are stored on your browser as they are essential for the working of basic functionalities of the website. We also use third-party cookies that help us analyze and understand how you use this website. These cookies will be stored in your browser only with your consent. You also have the option to opt-out of these cookies. But opting out of some of these cookies may have an effect on your browsing experience.
Necessary Always Enabled
Necessary cookies are absolutely essential for the website to function properly. This category only includes cookies that ensures basic functionalities and security features of the website. These cookies do not store any personal information.
Non-necessary
Any cookies that may not be particularly necessary for the website to function and is used specifically to collect user personal data via analytics, ads, other embedded contents are termed as non-necessary cookies. It is mandatory to procure user consent prior to running these cookies on your website.
SAVE & ACCEPT